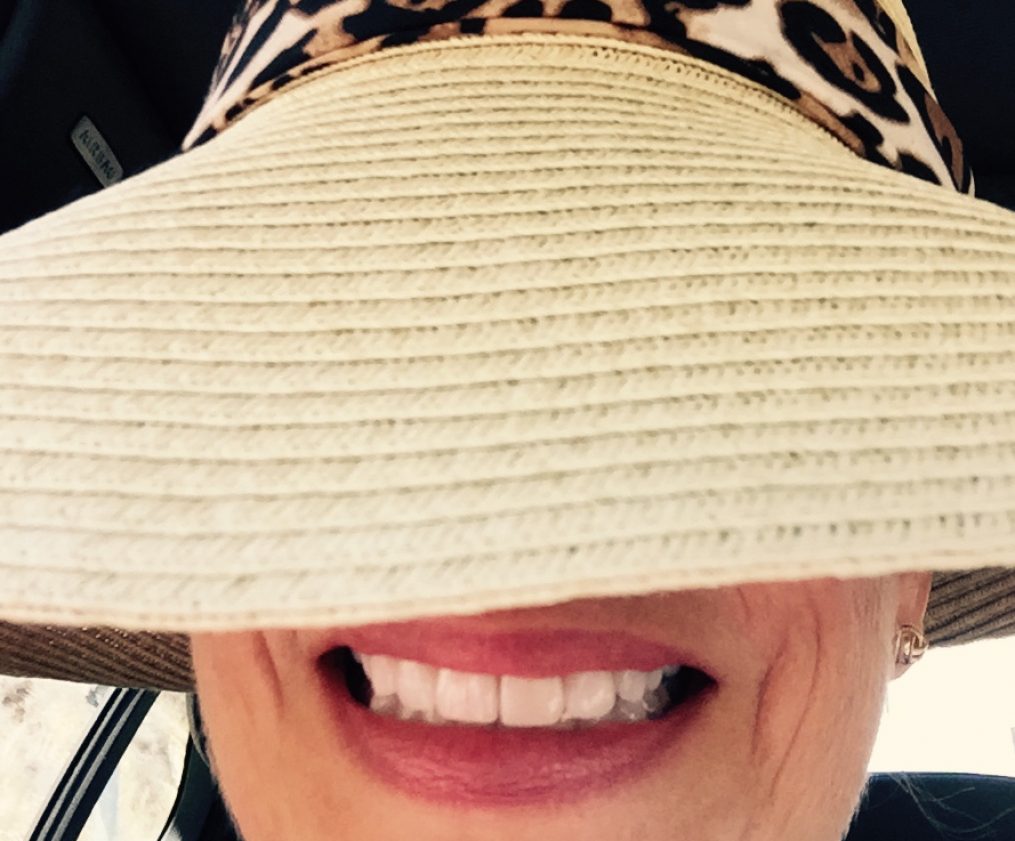 It riles me up when people call him, “Mr. Putin.” He doesn’t deserve even that small modicum of respect. The following are the notes from my phone that I write at two in the morning and then again at three, and four, because I cannot sleep. This monster on the other side of the world is keeping me awake and clearly my personal issues are meaningless. At least I don’t have to hide in a basement and listen to air raid alarms….yet.

Now I know what air raid alarms sound like. They used to go off once a month on Friday mornings when I was a kid growing up in the San Fernando Valley. They were “tests” and somehow, they were related to hunkering down under our flimsy, beige school desks, perusing bomb shelters with my dad when I was very little and dusting off the funky old box of dried food rations that my folks kept in the front coat closet. I just wasn’t sure how they were all related. Because I was a kid, and nobody was really going to explain it. My dad had a book on how to deliver a baby in an emergency because my mother was pregnant with my brother during the Cuban Missile Crisis. There was also one solitary gallon of water for all of us, stashed in that closet. I thought that was so half-assed, even as a child. Either commit to survival or don’t. My brother is very lucky that my dad didn’t need to use that book. My mother was lucky too. I knew about the book and assumed that all daddies had to understand how to deliver babies. I was a little precocious in some respects, yet still innocent.

And these are the comments on my phone typed in my notes section in the wee hours of the morning:

When I am wide awake, I of course watch TV and see the tragic, beautiful cities of a modern Ukraine being smashed and desecrated and I freak out.  The babies! The little kids! The brave mommies trying to hold it to f*****g gether, burrowing under cold, dark theaters that are literally falling down on top of them. And the brave heroes aka accountants, store owners and teachers who are grabbing guns and outwitting the Russian soldiers- how the hell can we see this happen and not go in and save the Ukrainians?

I get it. I am not stupid. I understand that we are freaked that Putin will spook us with nuclear weapons. And then I think, wait, WHY ISN’T HE AFRAID OF US? WHY IS THIS IDIOT CALLING THE SHOTS? WHY IS HE DETERMINING WHAT CONSTITUTES AN ACT OF WAR AND WHAT DOESN’T?

Honestly, we are the country that actually DROPPED the atomic bomb. WE SHOULD BE CALLING THE SHOTS imho. Now obviously I am not thrilled about the prospect of biological or nuclear warfare but being a realist, I have investigated which nearby buildings have basements or bomb shelters. I calculated where we could get in the 15-30 minutes or so that it apparently takes Russia to lob a missile this way. The prospects aren’t great. I know that there’s even houses in Thousand Oaks that were built during the Cold War and they HAVE SHELTERS that people probably haven’t explored in decades. If you’re not from earthquake country, you can’t fully appreciate the novelty of having a basement or shelter in Southern California.

I bought potassium iodide. I have the water treatment tablets and the Patriot food rations. I’m even looking into a ridiculously expensive camper van so we can dodge civilization and run to …where? Where are we supposed to run to? All four of us with my dad and the girls’ dogs and boyfriends in one camper van? Sounds tight. Yeah I know I mentioned the dogs before the boyfriends….I’m a mom.

My brother says screw it. He lives near a base….There’d be a nuclear winter and the only people who would survive are the SURVIVALISTS. And I say see- maybe they know what it’s all about. Then he says, Gayle, get a hold of yourself. They’re all TRUMPERS and they’d be combing through whatever is left and picking people off with their guns for a can of tomato soup. And I don’t mean the Warhol kind.

WTF? What the holy F?

Our president is on camera saying yes, he wouldn’t put it past Putin to use chemical agents. And I suddenly remember that there were previously Russian submarines off the coast of California once. And I have kids!!!! And so do the Ukrainians. I have precious kids! And my friends have kids! And my relatives are having babies and getting married and buying their first homes. And so were the Ukrainians. And you could buy McDonalds in Russia. And I wanted to see the beautiful brightly colored buildings in Moscow and St. Petersburg. And I haven’t been to the last five countries on my bucket list. And my kids are just getting started. And maybe there’s going to be grandkids one day. And there’s the Ukrainians. They had stuff to do and weddings to attend and businesses to start and graduations and—

Zelenskyy is about the bravest man in the whole expletive world.  And I take an immense amount of pride in the fact that he is Jewish. I read that meme where the guy says the first thing he does every morning is have his coffee and check on Zelenskyy. Can you imagine, even for one iota of time, what the hell this man is going through every single morning? His country is in shambles, but it’s not because of an unbelievable amount of shared courage and moxie. What do they feed these people that makes them so courageous? Oh yeah- FREEDOM. It will do that to you. LIBERTY. The right to live your own life and not kowtow to a bald-headed autocrat with poisonous mushrooms for character.

And when Zelenskyy says the Russians are gunning for his family, I can barely keep it together. I want to bawl. His kids? His family? They are so young and adorable, and OMG I can’t even-

I get it. We don’t want to provoke Russia. We are helping behind the scenes. God, I hope we have a *** squad in Moscow. I don’t want the details. I just want to know the deed is done. And that brings me to the last note I’ll share:

I resent that this monster who calls himself a human being, is making me question my character, because I would like to get every country to bomb the holy hell out of the Kremlin. And that goes against what I believe in. That is not a mature response. But at this point I don’t much care about that. Putin IS THE EXISTENTIAL THREAT to the WORLD.

I know that not every Russian is a bad person or that they even really understand what is going on. But it’s starting to look like a Cost/Benefit Analysis. I don’t think I have to explain that. We need to agitate the Russian populist into driving a coup or—

So, if a country signed a paper and joined NATO then it’s safe? Millions of people died or have become displaced because of a signature on a piece of paper? We owed it to our fellow democracy Ukraine to bomb the hell out of the Russian tanks and military infrastructure quickly before it ever got this far. And we obviously don’t really think that Putin is going to stop at NATO’s feet. What then? We head full force into a nuclear confrontation, and we sacrificed a whole country for what exactly?

I always wondered what I would do if I had lived in WW2. Would I be the brave one? Would I commiserate about the European victims while on a lunch date with a friend at some ritzy place sipping mimosas. Or would I do something?  I want to do something, more than just donating more funds. I wish I hadn’t downsized because I could have housed a refugee family. Hell, some of those people are probably distant relatives anyway. My ancestors are probably buried in Kyiv.

That’s a whole other issue. The refugees have rights to the captured yachts- to live on or sell for funds to get them started in their new lives elsewhere. Why aren’t we bringing them here? By the boatloads????

I am ranting now, and I will stop. I want to help and short of learning to fly overnight and stealing a bomber to get to Moscow and destroy the Kremlin, I don’t exactly know what to do. We’re acting like life goes on and while some nasty Republican senators were rudely interrogating our hopefully first black woman Supreme Court Justice, I was thinking, are they kidding? This is kind of an all hands on deck moment. The grilling could stop, Lindsey Graham. Give me a break dude. We have much more important things to deal with at the moment.

I just have a few tubs with some dehydrated fruits and vegetables, and I don’t think that’s enough. And I don’t need the baby book…

I need, we all need, Putin to snap out of it and realize that there is no winning in this situation. He’s got to back off now. The gallon of water in the front closet is all we’ve got. We need to make it last.